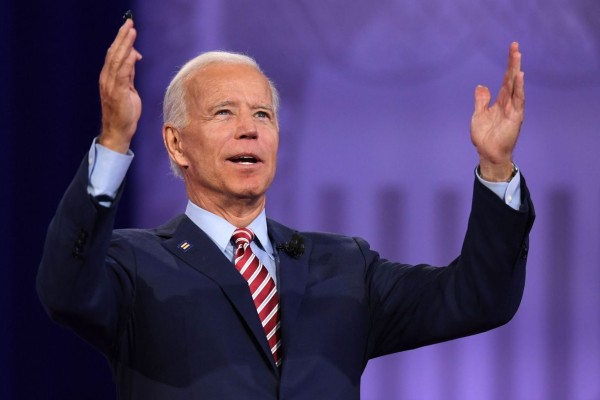 The US LGBTQ+ Chamber of Commerce (or NGLCC) has shown support for presidential runner Joe Biden, saying that his commitment to signing the Equality Act would not only protect but empower queer business owners. NGLCC president Justin G. Nelson said in a statement, ‘Biden proudly affirms the essential core value of the NGLCC: that we all deserve our shot at the American dream’.

NGLCC is a non-profit certifying body of LGBTQ+ owned businesses; it aims to provide resources and create local networks of business owners to allow for growth and prosperity. Ex-Vice President Biden reportedly believes that ‘every human should be treated with respect and be able to live without fear’ regardless of their sexuality or gender identity.

Over 300 LGBTQ+ leaders and political figures demonstrated their support for Biden by signing an open document of endorsement; they told USA Today Biden ‘is a leader who has stood with the LGBTQ+ community for decades’, and believe he ‘will make the most pro-equality ticket in American history’.

Opposing presidential candidate Donald Trump is known for his controversial views on the LGBTQ+ community. GLAAD estimates that during his presidency, the Trump Administration has made over 150 attacks on LGBTQ+ people. Trump recently made headlines for drafting a new equality policy that was not inclusive of trans and gender non-conforming people.

The NGLCC is one of multiple LGBTQ+ groups and people who are hopeful Biden will bring LGBTQ+ equality into the spotlight.