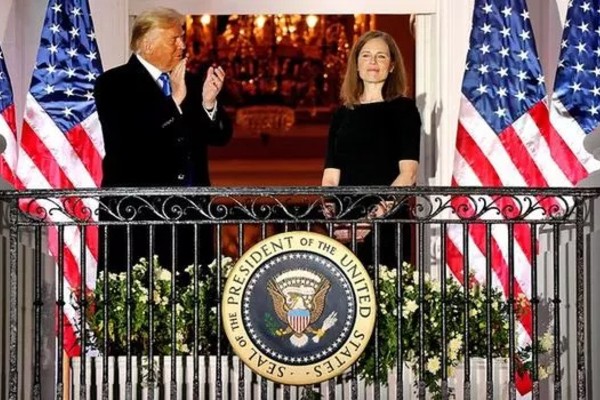 Republican judge Amy Coney Barrett has been appointed a position in the US Supreme Court, despite her controversial opinions on the LGBTQ+ community, as she was voted in 52 to 48. According to the Express, her confirmation – which creates a Republican majority in the court – is a ‘major’ victory for president Donald Trump who swore her in at the White House, saying: “This is a momentous day for America, for the United States constitution and for the fair and impartial rule of law. She is one of our nation’s most brilliant legal scholars and will make an outstanding justice on the highest court in our land.”

Barrett has a track record of endorsing anti-LGBTQ+ policies and was recently revealed to have been a trustee of a group of three private schools where queer teachers or children of LGBTQ+ couples were not welcome. In addition, Barrett’s Christian faith group, People of Praise, has been known to expel LGBTQ+ members. She previously apologised for her use of the term ‘sexual preference’ as opposed to sexual orientation, but many LGBTQ+ Americans are still concerned about her appointment in the Supreme Court.

An LGBTQ+ voter from California told the BBC: “Being an LGBTQ+ voter means everything. It frightens me that freedoms and rights to protect me and my family that I felt had become law are all of a sudden hanging in the balance again. Her [Barrett’s] confirmation poses a grave threat to previous Supreme Court decisions that now could be reversed. Marriage equality, abortion and the Affordable Care Act, to name a few. Where does this end? It’s very frightening.”