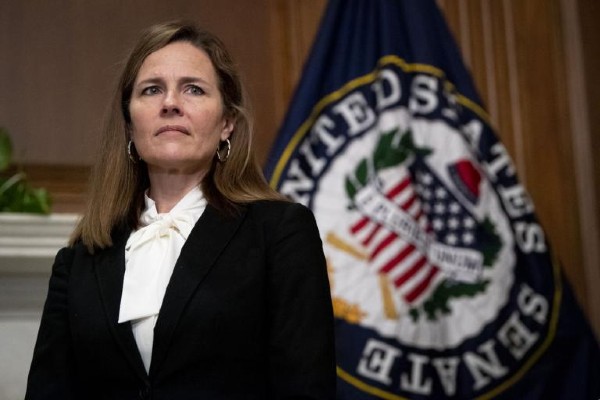 Judge Amy Coney Barrett, who the US Senate has confirmed to the supreme court to replace the late Ruth Bader Ginsburg as a US Supreme Court justice, has previously been linked to anti-LGBTQ+ private schools where queer teachers or children of LGBTQ+ couples were not welcome. According to the Chicago Tribune, Barrett served on the  Trinity Schools Inc board – which covered three private schools  in Indiana, Minnesota and Virginia – for over two years. All schools were affiliated with Barrett’s Christian faith group, People of Praise, which has been known to expel LGBTQ+ members.

In 2017, an openly gay student named Tom Henry reported being told by the school’s headteacher ‘gay and trans students were not welcome’ at the Minnesota school causing him to quit the student ambassadors’ board. Barrett has also been accused of being anti-LGBTQ+ on multiple occasions such as when she suggested trans people are not entitled to protections from gender based discrimination.

She was recently made to apologise for her use of the term ‘sexual preference’ as opposed to sexual orientation, saying: “I didn’t mean and would never mean to use a term that would cause any offense in the LGBTQ+ community.” However, LGBTQ+ activists and Democrats are still concerned about her appointment as Supreme Court justice, particularly after she was endorsed by US senator Mitt Romney who many hoped would vote against Barrett.