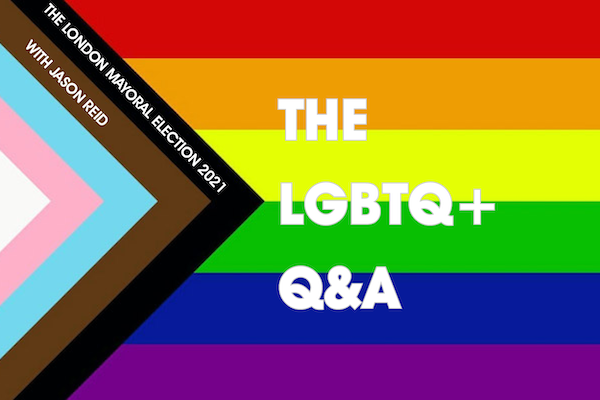 Drug use and chemsex has been an issue in the  LGBTQ+ community for some time now. How will you address the lack of specialist mental health treatment and support available in order for people to be able to take back control of their lives?

Shaun Bailey (Conservatives): I spent twenty years as a youth worker. I’ve seen first-hand that drug misuse can destroy lives. So it is a priority for me that there is adequate mental health treatment and support available for members of the LGBTQ+ community to help stop drug use.

Charities have often been vital lifelines for many in the LGBTQ+ community and I will work closely with them to ensure that all members of the community are supported. In particular, I will actively promote the Stonewall Come Out for LGBT at City Hall and will be the city’s loudest and proudest Diversity Champion.

Sadiq Khan (Labour): It is deeply concerning that chemsex and drug use continues to be a problem amongst some LGBTQ+ communities.

We know mental ill health can affect anyone at any time and, having struggled with my own mental health in the past year, I understand the toll it can take. We also know people from LGBTQ+ communities are disproportionately likely to struggle with mental health issues and suicidal thoughts and this is something that must change. That is why I have made specialised mental health services one of my priorities since becoming Mayor.

I provide funding to Thrive LDN as they work to improve people’s mental health, examine the causes of mental illness, focus on wellbeing, and tackle stigma and discrimination. Through Thrive LDN we have partnered with hundreds of London’s health, charity, education and business organisations to provide mental health support to Londoners including tailored support to our LGBTQ+ communities. Thrive LDN recently gave financial support to an organisation that is helping expand spaces for LGBTQ+ Southeast Asians – a group which has faced increased abuse and harassment since the pandemic.

Mental health should have parity with physical health and, if re-elected, I will continue to champion LGBTQ+ specialist mental health in the work that I do as Mayor.

Luisa Porritt (Liberal Democrats): For a start, Liberal Democrats believe it’s about time we had an adult conversation about drugs. Policy at the moment just says “drugs are bad, don’t do them” then pretends that nobody already does. We are not going to be able to help people battling with addiction or address the violent activity that fuels the market until we see drug use as a public health issue, rather than a criminal issue.

With regards to mental health services, we have got to fight for more funding – that’s at the heart of the gap in support. But there’s also a role for the Mayor to play in bringing together London’s health leaders and the NHS to actively improve access for LGBTQ+ people – identifying the barriers and working to overcome them together.

Sian Berry (Green Party): There are huge gaps when it comes to specialist support in London. Care at 56 Dean Street is world leading, but sometimes that quality of care isn’t available across London.

I’ve talked to gay and bi men who’ve gone to addiction counselling and their counsellor didn’t know what GHB was, and have found it hard to get referrals and support in a crisis.

Both sexual health services and addiction services have faced huge cuts, because of stretched council funding. I’ve used my position on the Assembly to demand councils stop deprioritising these services. It’s utterly a false economy.

Join us again tomorrow for answers to the question: ‘Would you back a permanent AIDS memorial in London?’