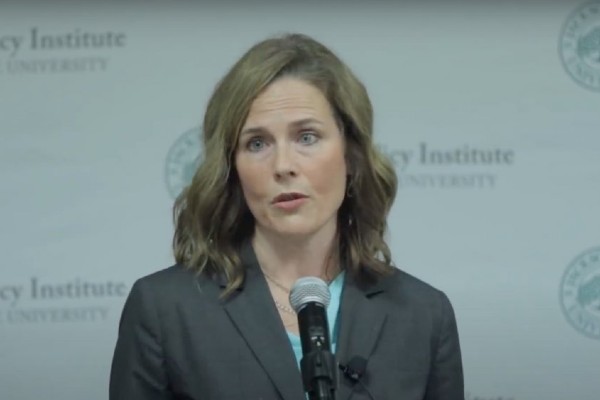 Judge Amy Coney Barrett, who is in the running to replace the late Ruth Bader Ginsburg in the US Supreme Court, has apologised for her previous statements which many deemed anti-LGBTQ+. According to The Wall Street Journal, Barrett was questioned for her usage of the term ‘sexual preference’ as opposed to orientation, to which she responded: “I didn’t mean and would never mean to use a term that would cause any offense in the LGBTQ+ community. So if I did, I greatly apologize for that.”

Barrett also said: “I fully respect the rights of the LGBTQ+ community.” Matthew Berry, a senior political official at the Federal Communications Commission, defended Barrett, saying: “I happen to be gay and I told her that during the clerkship. She treated me as she would treat anyone. She never treated me any differently, contrary to some stereotypes about some people who are more socially conservative.”

Many LGBTQ+ Americans are fearful Barrett will be appointed the position of Supreme Court justice despite her previous suggestion that trans people are not entitled to protections from gender based discrimination and her track record of endorsing anti-LGBTQ+ policies.