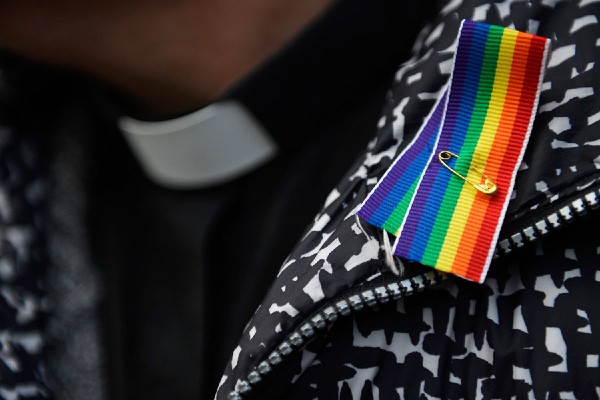 The Church in Wales, which is the largest Christian denomination in the country, has voted to begin blessing same-sex unions in a victory for LGBTQ+ couples. Bishops voted unanimously in support of the motion, while the clergy passed it in a 28 to 12 vote. The laity voted 49 to 10, meaning that the new regulations will be introduced “experimentally”, with individual clergy being able to decide whether or not to take part in these services.

The Church said that the change in rules is a “step on the way towards repentance of a history in the Church which has demonised and persecuted gay and lesbian people, forcing them into fear, dishonesty and sometimes even hypocrisy”. The bill was introduced by the Bishop of St Asaph, Gregory Cameron, who said that by passing the motion, the church “has done the right thing under God for the LGBTQ+ community.”

Christian LGBTQ+ activist Jayne Ozanne celebrated the news on Twitter, saying: “The @ChurchinWales has just passed the canon to bless same-sex unions! Praise God! If we want all in our care to flourish and thrive, and for our churches to grow, we must learn to embrace diversity and be known as people who practice what we preach.”