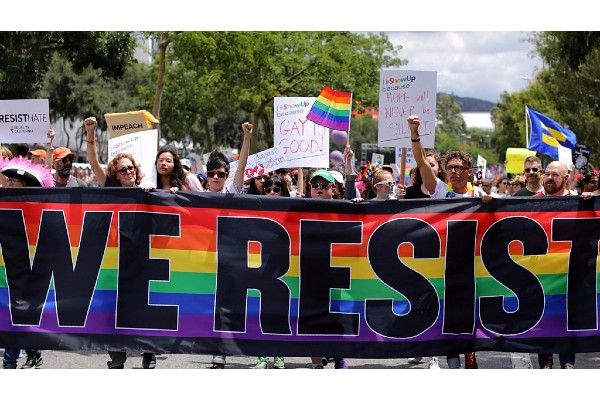 LGBTQ+ advisors Jayne Ozanne, James Morton and Ellen Murray have resigned amid allegations that the UK government body is becoming increasingly anti-LGBTQ+. Ozanne was the first to announce her resignation, telling ITV News: “I’ve been increasingly concerned about what is seen to be a hostile environment for LGBTQ+ people among this administration. Over the years which the advisory panel has met, we’ve seen an increasing lack of engagement and the actions of ministers have frankly been against our advice.”

Murray quit her position shortly after, also accusing the government of “hostility” towards LGBTQ+ people. The string of of resignations came after parliament discussed the possibility of banning LGBTQ+ conversion therapy, with March 28 marking 1000 days since the conservative government first promised to do so. Ozanne said: “One of the reasons I’m resigning now is to appeal to the prime minister…to understand that the proposals that are going forward on conversion therapy do not have the confidence of the LGBTQ+ community.”

She directly criticised equalities ministers Liz Truss and Kemi Badenoch, saying they have neglected to address issues which affect LGBTQ+ people: “They are known among the community as the ‘ministers for inequality’. I don’t believe that they understand LGBTQ+ people, particularly transgender people. I’ve sat in meetings and I’ve been astonished about how ignorant they are on issues that affect the real lives, particularly of younger people.” Badenoch gave a speech at the conversion therapy debate, saying the issue was being taken “very seriously”, but declined to use the word ban and did not provide any specifics of a government plan to outlaw the practice.

Shadow equalities secretary, Marsha de Cordova, agreed with Ozanne, saying the government has “prevaricated over banning conversion therapy for far too long, despite their clear promise to do exactly that”, adding: “This is a pattern of behaviour which seeks to dismiss the real impact of the discrimination experienced by so many and takes us back to the days of Thatcher.”