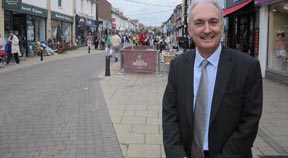 Employment continues to fall in Brighton and Hove. Figures released by the Office for National Statistics show that the number of unemployed claimants in Hove and Portslade in August 2014 was 1,256. This figure is 617 lower than that of August 2013 and 76 lower than in July 2014. Overall, figures show the jobless total […]