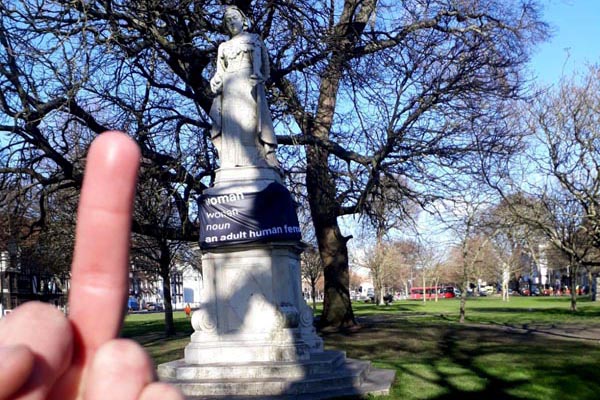 A group calling themselves ReSistersUnited has claimed responsibility for an alleged anti-trans-women protest across the UK. The campaign, which targeted significant monuments in towns and cities across the country including Brighton & Hove’s Peace Statue, The Brighton & Hove AIDS Memorial, The Victoria Statues in Valley Gardens and Grand Avenue and two of the pediment statues at the Clock Tower, involved draping banners and t-shirts across them bearing the statement Woman, Women, Noun – an adult female. There was also a banner draped across the A23 on entering the city.