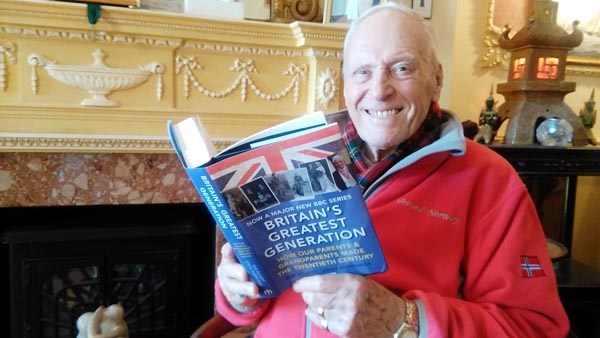 George Montague, affectionately known as the oldest gay in the village appears in the last episode of a four-part BBC TV series tomorrow, Friday, May 29, on BBC at 9pm. The series, Britain’s Greatest Generation: How our parents and grandparents made the twentieth century, focuses on the postwar years, giving us oral-history snapshots (as well as actual snapshots, often poignant) of lives lived amid rolling social change.