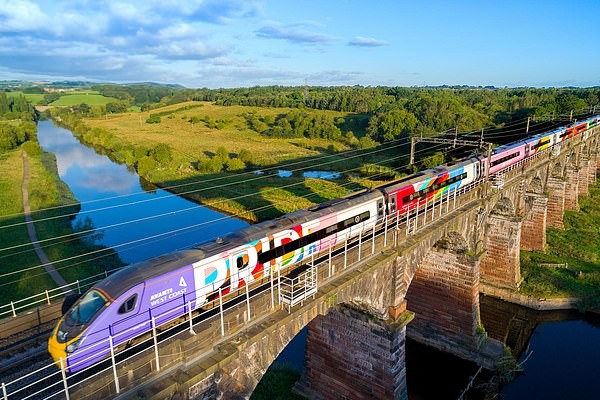 Avanti West Coast trains have faced backlash in the wake of its news LGBTQ+ Pride themed train making its first journey from London to Manchester on August 25 as several thousand Twitter users have shared their dislike of the train. The rainbow-painted train with all LGBTQ+ crew members was described as regressive by some users believing it overly highlighted difference between the LGBTQ+ community and cisgender/heterosexual people.

John James McGivern of Sky News tweeted ‘as a gay man, I don’t want a ‘pride train’’ and added ‘please stop the identity politics’. The tweet amassed over 9,000 likes with many users agreeing, saying they were ‘tired of divisive stunts when all we want is equality’.

Avanti West Coast has not responded to the criticism but said the train symbolises its ‘commitment to diversity and inclusion’. Others have also responded positively to the Pride train, with people describing it as ‘amazing’. One user also said that the backlash is the ‘reason we still need Pride’.

Although the train will not always be staffed by LGBTQ+ workers, it will become part of Avanti’s regular train fleet and continue to make journeys across the UK.