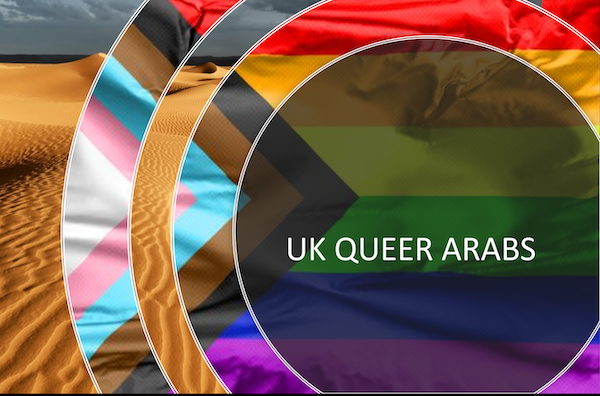 UK Queer Arabs is to march Pride in London for the first time on Saturday, July 2. The group was established in September 2021 to connect, support and represent the LGBTQ+ community with a range of sexual orientation, gender identity and expression who have an Arabic Heritage and Culture.

The group’s purpose is to bring together adult queer Arabs to remove social isolation, build friendship and strengthen own sense of identity. It also aims to  raise awareness of the lives and issues of queer Arabs, challenge and remove stereotypes and build a positive and more accurate image of the community.

Laila El-Metoui founded the group to respond to a gap within the LGBTQ+ community, where she felt that very few spaces showcased her community and heritage. She said: “Queer Arab representation in cinema often appears in coded in forms when it does and far too often Arabs are misrepresented in mainstream Western media and entertainment when they usually appear to be either terrorists or uneducated.

“There needs to be a showcase of strength and positivity, we need to see successful queer Arabs to give hope to our community. When I received Stonewall Lesbian Role Model in 2020, my inbox was inundated with threats but also private message of thanks and congratulations from queer Arabs who stated how much it meant to them to see this visibility and recognition.”

Kamil Al Hinai (group co-chair) states that: “For so long, queer Arabs have had to hide their sexual orientation and gender identity in fear of being prosecuted for just being themselves. Being ostracised from my own family for being gay, I know first hand how important it is to surround yourself with people who uplift you.

“UK Queer Arabs was founded to create a safe space for queer Arabs fostering a community of acceptance, empowerment and motivation. Our platform will also be used to engage and educate on what it means to be queer and Arab through speaking engagements and showcasing our culture and experiences in all its diversity.”

Mary Ghattas (group co-chair) has a special interest in identity politics in particular the Middle East. “Being part of UK Queer Arabs is something I am proud of”, she states. “My ambition is to bring about positive change and representation of our community at large. My hope is to break down the stereotypes, prejudice and racial fetishisation of my community.”