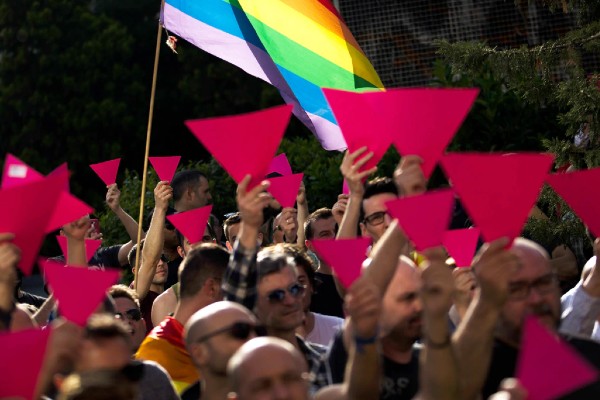 Two young men have been kidnapped from safe housing in Russia after fleeing Chechnya due to anti-LGBTQ+ hostility. According to ABC News, the Russian LGBT Network helped the Salekh Magamadov, 20, and Ismail Isteyev, 17, escape the Chechen region after they were detained and tortured for suspected homosexuality. The pair were resettled in an apartment in Nizhny Novgorod, but on January 4, one made a call to the charity asking for help before disappearing.

LGBT Network representative, David Isteyev, said the two men were seized by local police and then handed over to Chechen security forces who are returning them to the region. Alexander Nemov, the lawyer for the two men, has flown to Chechnya to locate them. Nemov said he is concerned for the safety of the men as they are taking an usually long time to arrive in Gudermes, Chechnya’s central town: “At the present moment we aren’t occupied with defending either Isayeva or Magamedova. We are trying to at least just find them. A significant amount of time has passed and that is very suspicious.”

The kidnapping of the two men is part of Ramzan Kadyrov’s crackdown on Chechnya’s LGBTQ+ community. A so-called ‘gay purge’ took place in 2017, where dozens of LGBTQ+ people were seized and tortured or killed by local authorities. Chechen representatives have continuously dismissed the allegations by saying homosexuality doesn’t exist in Chechnya, and that people who are gay can’t be Chechen. Both the US and a handful of European countries have strongly condemned the treatment of LGBTQ+ people in Chechnya, with the UK placing strict travel sanctions on Chechen authorities last year.