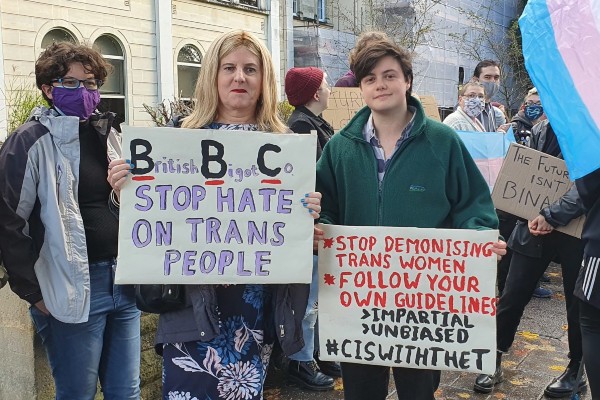 In response to a large number of complaints about an article titled: “We’re being pressured into sex by some trans women”, the BBC has insisted that the piece was “carefully considered” before publication and complies with the broadcaster’s editorial standards. The article was published in October, and detailed the experiences of some lesbians who said they are “increasingly being pressured and coerced into accepting trans women as partners”.

It sparked widespread backlash from the LGBTQ+ community and trans allies, with over 20,000 signing an open letter to BBC that criticises the “deeply flawed” study of 80 individuals sourced from Get The L Out, an anti-trans pressure group. The letter blasted the BBC for implying that “transgender women generally pose a risk to cisgender lesbians in great enough numbers that it is newsworthy” when the incidents are actually “a matter of incredibly rare, isolated experiences”.

Despite receiving numerous complaints, the BBC has continued to defend the article, saying: “The article was carefully considered before publication, went through a rigorous editorial review process and fully complies with the BBC’s editorial guidelines and standards.” The broadcaster also said that it strives to “explore a wide range of issues and perspectives”, while insisting that it remains impartial.