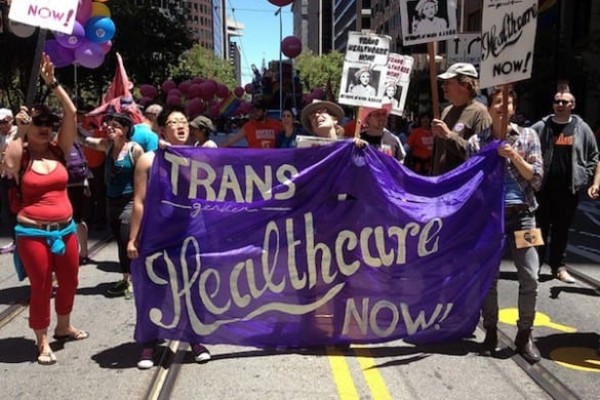 Lawmakers in Alabama, US have introduced a bill which would prohibit doctors from providing gender-affirming healthcare to trans people under the age of 21. According to The News & Observer, the bill would outlaw the use of puberty blockers, hormonal therapy and surgery to treat young trans people, and those who do not adhere to the regulations could face up to 10 years in prison. It’s main sponsor is Republican state representative, Wes Allen.

Kansas has recently proposed a similar bill, with the main sponsor, state rep, Randy Garber, saying he believes trans minors are “too young to be making those decisions”. A total of 20 states have filed bills targeting trans youth, all of which aim to limit trans people’s access to gender-affirming healthcare or sports. Many of the bills contradict a recent executive order from president Joe Biden which prohibits discrimination against trans students.

The Human Rights Watch spoke out against the rising number of anti-trans bills in the US, saying in a statement that gender-affirming healthcare is essential for the wellbeing of trans youth: “Such treatment can alleviate gender dysphoria and postpone puberty to give children time to explore their gender identity…Whether puberty blockers or steps toward medical transition are appropriate for a given child is a deeply personal determination. For kids who need them, foreclosing these options is a violation of their bodily autonomy and their right to health.”