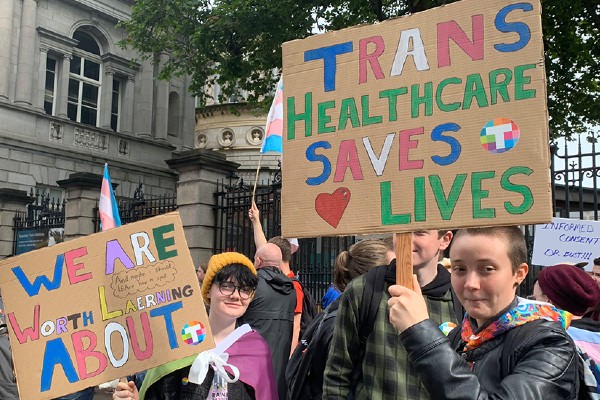 Four conservative lawmakers in Kansas, US, have introduced a bill which felony for doctors to provide gender-affirming medical treatments to trans youth in the state. According to ABC News, state representative Randy Garber is one of the bill’s main sponsors, as he believes trans youth are “too young to be making those decisions”. However, the bill is unlikely to get a hearing after it faced backlash from a handful Democrats and LGBTQ+ activists.

The first trans state representative, Stephanie Byers, condemned the proposed bill, saying: “It turns off the medical interventions that a parent can seek for their child. I’ve known who I am since I was – before kindergarten.” Kansas is among at least eight states where lawmakers are considering such measures against gender-affirming healthcare. Iowa and Oklahoma recently proposed similar bills, which aim to make it “unlawful for a person under the age of 21 years to undergo gender reassignment medical treatment”.

The Human Rights Watch spoke out against the rising number of anti-trans bills in the US, saying in a statement that gender-affirming healthcare is essential for the wellbeing of trans youth: “Such treatment can alleviate gender dysphoria and postpone puberty to give children time to explore their gender identity…Whether puberty blockers or steps toward medical transition are appropriate for a given child is a deeply personal determination. For kids who need them, foreclosing these options is a violation of their bodily autonomy and their right to health.”