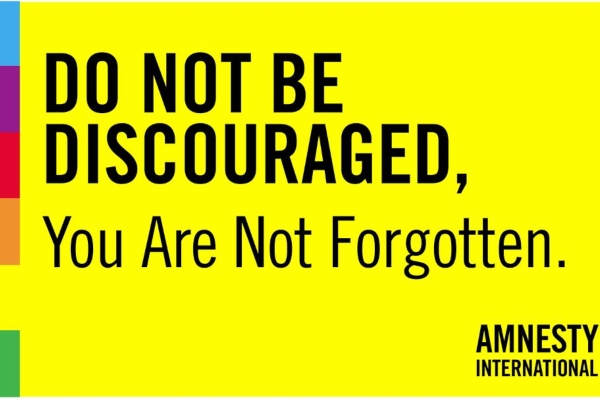 Responding to the fining of a feminist activist – Yulia Tsvetkova – under Russia’s homophobic “gay propaganda” law earlier today, Natalia Zviagina, Amnesty International’s Russia Director, said:
“Yulia is the latest target of a long-running discriminatory and intensely homophobic campaign. She has suffered one blow after another, having been arbitrarily detained, interrogated and intimidated on multiple occasions.  Her theatrical and creative initiatives have been stifled by law-enforcement officers, and her drawings now judged as pornographic. All charges against her must be dropped, and the fine and house arrest imposed on her annulled.”

Earlier today, Yulia Tsvetkova – from Komsomolsk-on-Amur (Russian Far East) – was found guilty of the administrative offence of “propaganda concerning non-traditional sexual relations among minors” for being the administrator of two LGBTI-social media accounts. She was fined 50,000 roubles (around £600).
As required by Russian law, both accounts were marked “18+”, making the fine imposed on Tsvetkova unfounded under the “gay propaganda” legislation.

The activist is still facing criminal “pornography” charges, having been put under house arrest on 23 November after being charged with the “production and dissemination of pornographic materials” over drawings of female genitals she posted on social media. The charges are punishable by up to six years in prison.

In March, Tsvetkova had to drop her work with the youth theatre group “Merak” after police launched an investigation into “homosexual propaganda” related to her anti-bullying and anti-discrimination play “Blue and Pink”. The theatre was forced to cease its activities.