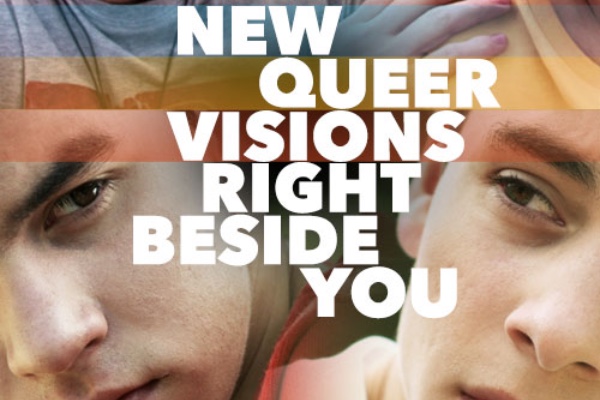 Under the personal isolation of lockdown most of our thoughts have turned to those we can no longer socialise with. New Queer Visions Media has brought together five tales from Mexico, Brazil, France, the Netherlands and the UK to prove that the search for companionship is a journey worth taking .

In My Mother’s Lovers we meet 2 schoolboy friends one of whom feels awakening feelings towards the other. Cesar  is moody and unresponsive to his mother whose string of lovers visit their home. Pablo – described rather cruelly as Cesar’s  “ best friend- your  only friend”, doesn’t really reciprocate but things take a more dramatic turn when Pablo joins the string of mother’s lovers.

The French film Bootyful is a thin story about two partying girls and a black outrageously camp gay boy  friend who strikes up an unexpected relationship with one of the girls after a homophobic incident in a nightclub.

The Brazilian Only What You Need To Know centres on Fabio and Laura who have an on-off tentative relationship when they meet at a local skateboard park. When Laura suddenly disappears, Fabio searches for her with an  inconclusive  ending to their short story.

Junk is set in a bleak landscape in the north of England. Tat is on the fringes of society , with a dysfunctional problem family. Jack, his gay boyfriend of sorts tries drugs for the first time when the boys end up in a low-life group of squatters .

It’s an  honest no holds-barred but depressing look at damaged youth with a tinge of optimism that they might just make it together.

High Tide, a Dutch love story is on a different level. Moroccan Tarik is looking for a new home for his wife and young daughter when he finds love in all the wrong places with his tenmporary landlord, the charismatic part-time poet Jonas. Their happiness is clearly not an ending but the beginning of huge emotional problems to be sorted as Tarik acknowledges his true identity .

My issue with short films like these is that they often bite off more than they can chew in a 15 minute format. But all of these 5 have great promise and further development of them would be good to see.

They are especially poignant  in 2020 where most close physical contact is outlawed by Government.

The films are available on Amazon Prime and Vimeo- more information at newqueervisions.com