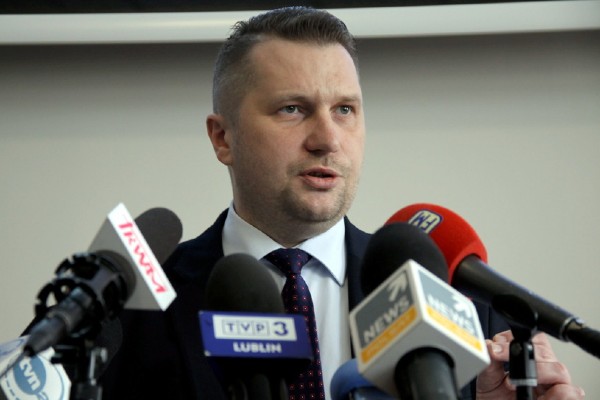 The Polish government has appointed anti-LGBTQ+ university professor and MP Przemyslaw Czarnek as the new education minister. Czarnek was presented as part of the new cabinet on Wednesday 30 September, triggering backlash from opposing politicians with former foreign minister Radoslaw Sikorski branding him a ‘homophobe’. During the 2020 summer election campaigns, Czarnek reportedly said “these people are not normal people” in reference to the LGBTQ+ community.

According to The Washington Post, Czarnek awarded medals to anti-LGBTQ+ politicians in the province of Lublin, and openly supports the creation of ‘LGBTQ+ free zones’ in the country. It is estimated there are now 100 of these zones in Poland, and despite some losing EU funding as a result, local authorities in  Kraśnik voted to continue their anti-LGBTQ+ policies.

Around 350,000 signed an All Out petition demanding the EU protect LGBTQ+ Poles, with head of the European Commission Ursula von der Leyen already condemning the Polish government’s attitudes towards the LGBTQ+ community. Hostility towards the LGBTQ+ community has grown since the recent re-election of anti-queer president Andrzej Duda. Much like Czarnek, Duda has referred to ‘LGBTQ+ ideology’ as something that needs to be eradicated.