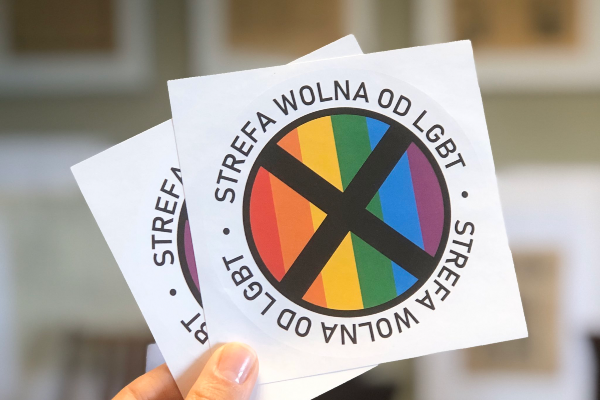 Local authorities in one of Poland’s infamous LGBTQ+ free zones, Kraśnik, have voted to uphold anti-LGBTQ+ policies despite global backlash. According to the Thomas Reuters Foundation, authorities said they aimed to suppress ‘radicals striving for a cultural revolution’.

A campaigner against the rise of anti-LGBTQ+ zones, Bartosz Staszewsk, said the decision to continue with current policies will damage the region’s economy greatly, as it has already led to the denial of funding for town twinning. Staszewsk said ‘I just hope that this is the most expensive act in Krasnik’s history’ so that it will discourage other towns from adopting anti-LGBTQ+ policies.

US presidential candidate Joe Biden is the latest political figure to condemn the creation of LGBTQ+ free zones in Poland, saying they have ‘no place in the EU or in the world’. Head of the European Commission Ursula von der Leyen also criticised the Polish government’s attitude to the LGBTQ+ community, saying LGBTQ+ free zones do not belong in the EU. Multiple anti-LGBTQ+ zones including Kraśnik have been denied EU funding for town twinning, yet these areas now cover approximately one third of Poland. Many LGBTQ+ Poles have reportedly fled the country in fear.