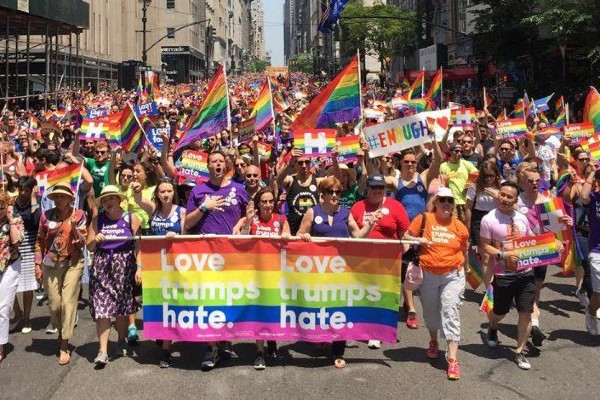 According to the LGBTQ+ Victory Fund, there are over 500 LGBTQ+ candidates in this year’s US elections which is more than any other voting year. Annise Parker, former Houston mayor and CEO of the LGBTQ+ Victory Fund said: “A historic number of openly LGBTQ people are running for office this year and we have the opportunity to elect an unprecedented number on Election Day.”

Queer 2020 candidates include trans Delaware senate candidate Sarah McBride, who was endorsed by former president Barack Obama, and openly gay Jon Hoadley who is the first of such to run for Michigan congress. Democrat presidential candidate Joe Biden also shared a message of solidarity with the LGBTQ+ community on National Coming Out Day, tweeting: “I’ll fight everyday in the White House to create a country where you can live open, proud and free.”

However Parker emphasised further steps need to be taken to improve political diversity: “While LGBTQ+ candidates are significantly more diverse than U.S. candidates overall, we must continue to break down the barriers LGBTQ+ people of color, women and trans people face when considering a run for office. Our government must reflect the diversity of America.”