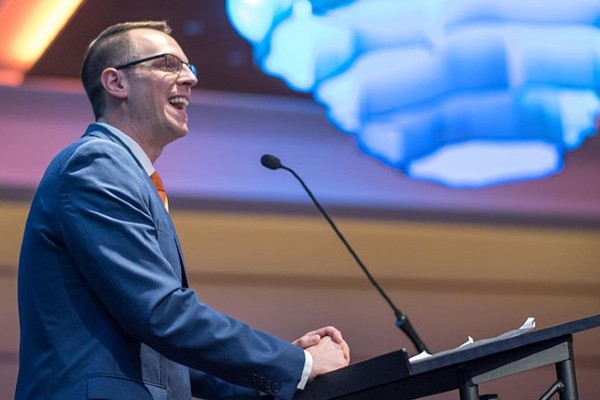 Democrat state representative Jon Hoadley could become Michigan’s first Out gay congressman if he is voted in over his Republican opponent Fred Upton. Hoadley’s campaign focuses on creating an accessible and affordable healthcare system and the development of cleaner energy sources. He told NBC News: “I’m not running to make history, I’m running to make change… though the fact that I would be the first LGBTQ+ member of Congress from Michigan is an interesting footnote to history, but the thing that keeps me up at night is what’s on the line if we don’t make this historic change this year.”

Hoadley believes that amid the coronavirus pandemic “getting healthcare right” is paramount; he also wants to make healthcare more accessible for Michigan’s LGBTQ+ community. His husband, Kris, suffers from multiple sclerosis and the costs of treatment are a major reason Hoadley wants to make amendments to the current healthcare system.

Opponent Fred Upton attacked Hoadley, claiming he voted to defund the police and arguing this would ‘make families less safe’, however Detroit Free Press ran fact checks that proved this is not true. The National Republican Congressional Committee also accused Hoadley of sharing indecent blog posts over 15 years ago, but the LGBTQ+ Victory Fund condemned this as homophobic perpetuations of gay stereotypes.

Hoadley said he hopes US citizens “realise how important their vote is this November”.