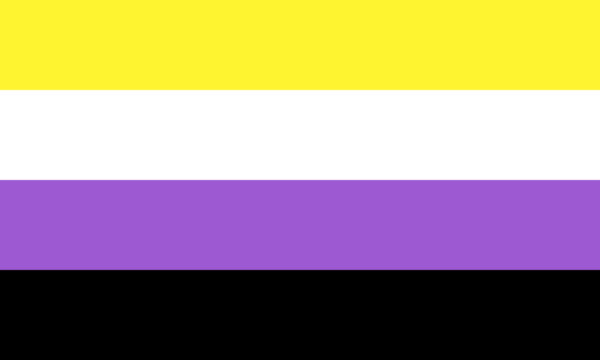 National LGBTQ+ organisations in Scotland have called for awareness to become action following the publication of the Scottish Government’s response to 35 recommendations from the Working Group on Non-Binary Equality.

Scottish Trans, Equality Network, LGBT Youth Scotland, Stonewall Scotland and LGBT Health and Wellbeing – who were all members of the group – welcome that the Scottish Government’s response to the group’s recommendations acknowledges the challenges and barriers that non-binary people face to achieving full equality in Scotland. They say it is positive to see the Scottish Government’s commitment to meaningfully engage with these issues, “in stark contrast to a UK Government that is increasingly hostile to all trans people, and refuses to make progress on trans equality”.

However, they all agree that the Scottish Government could have been much more ambitious in its response to the group’s recommendations.

The working group made recommendations across a broad range of areas – including healthcare, data and law, and access to services. The Scottish Government has accepted eight of the recommendations in full, 15 in part and agreed to consider a further eight. Three recommendations were declined.

The national LGBTQ+ organisations call on the Scottish Government to ensure that the non-binary action plan, due in Spring 2023, details specific, concrete steps that the Government will take to make a difference to non-binary people’s lives.

Vic Valentine, Scottish Trans Alliance Manager (and member of the working group), said: “The opportunity to make wide-ranging recommendations to the Scottish Government on how they could improve non-binary people’s lives was a welcome one, and it is an important first step towards improving the Government’s understanding about what our experiences and needs are and how barriers we face can be addressed.

“However, it is disappointing how much of the response to our recommendations relies on assuming that existing work will address these barriers. The working group set out in detail in its report to the Government how non-binary people are almost never considered in the development of policies or law, or in the design and delivery of services, and the significant impact this has on us. Simply doing more of the same will not bring the meaningful changes needed, or improve people’s lives.”

Dr Mhairi Crawford, Chief Executive of LGBT Youth Scotland, said: “This working group has allowed the voices of non-binary people to be heard, which is an important step towards meaningful equality, however further action is required if non-binary young people are to be fully included in Scotland.”

“We welcome commitments such as producing guidance to support schools. Our recently published research shows that trans (including non-binary) young people now come out on average at age 15, so it’s important that schools, health providers and so on are supportive and validate the experiences of non-binary young people.

Mark Kelvin, Chief Executive of LGBT Health and Wellbeing, said: “Staff from LGBT Health and Wellbeing were pleased to be involved in the important work of the Non-Binary Working Group, and welcome the Scottish Government’s efforts to engage in meaningful conversation and action in regards to improving the lives of our non-binary community members. We are pleased to see commitment from the Scottish Government to include marginalised people in decision making processes which impact their lives and welcome their commitment to ensure mental health care is person-centred.

“However, we are disappointed in the Government’s lack of recognition of the need for specialised gender identity counselling for trans and non-binary people, which we know to be of necessity to the community. Evidence demonstrates that non-binary people face disproportionate levels of poor mental health and wellbeing and mainstream services are not always best placed to support them. Meanwhile third sector organisations such as ours do our best to meet this need but a lack of strategic or consistent funding, means that we frequently have to close our waitlist to some of Scotland’s most marginalised and increasingly attacked communities.”