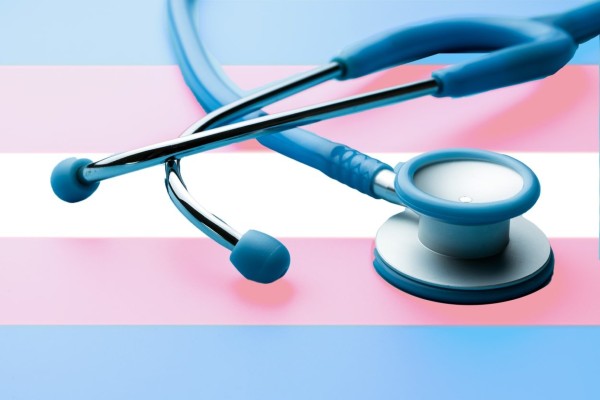 With trans young people and adults waiting years to be seen by the NHS, Good Law Project is supporting two adults, Eva and Alex, and two children who can’t be named, in cases against NHS England for failing to offer a first appointment within the legal timeframe of 18 weeks.

According to the Good Law Project, on average, children are waiting 18 months for a first appointment, but some are waiting as long as three years. Such long delays mean teenagers are missing the short window of time in which puberty blockers are useful. And, of the adults referred in October 2017, some are only now having their first appointment – four years later.

The not-for-profit campaign organisation that uses the law to protect the interests of the public goes on to say that in England it is almost impossible for trans people to get timely access to healthcare because of the sheer lack of specialist centres. There is just one NHS Gender Identity Service for trans young people serving the whole of England and only seven for adults. Without proper pathways, some people may feel they have no choice but to self-medicate with drugs purchased on the dark web.

Eva, one of the claimants, said: “I’ve waited four years for my first appointment with the Laurels Gender Identity Clinic in Exeter – and I am still waiting. After spending so much of my life coming to terms with who I am, this wait is such a letdown. I’ve not even been offered any mental health support in the meantime. I’m not getting any younger, yet NHS gender clinic waiting times are getting longer – and that’s before the pandemic even started.

“Being trans isn’t a choice. Let’s face it, who would choose to be hated, attacked, discriminated against? We are just people too. But the lack of support doesn’t make us feel included, especially when it comes to healthcare. It’s like we’re an afterthought in a service that’s become complacent to its own astronomical waiting times.”

Alex, another claimant, said: “People seem to think that transitioning is an easy and over-accessible process because they only seem to hear about the success stories or the odd detransitioner. What people don’t hear about is the thousands of trans people who are suffering in silence.

“Thousands of us are stuck in limbo with no idea if or when we’re going to get support or medication. We can’t take on the entire trans health care system alone, we have to just deal with what we’re given – which really, is not much at all. Our mental health is so affected by this. I believe we deserve better. This case is important to me because it represents the struggles that I, and our community, have to deal with every single day.”

Jo Maugham, director at Good Law Project, said: “Long waiting times compel many thousands of trans people to live in bodies that cause them great distress because they have already gone through puberty. To confront young people with this fact, when they know a safe treatment exists, is unimaginably cruel.

“This should be about individual patients getting treatment that centres their needs. Not a media circus where politics has displaced expertise – and which ignores patients.

“The government must start listening to trans people, their families and medical experts and commission services so people are not deprived of the healthcare the rest of us take for granted.”