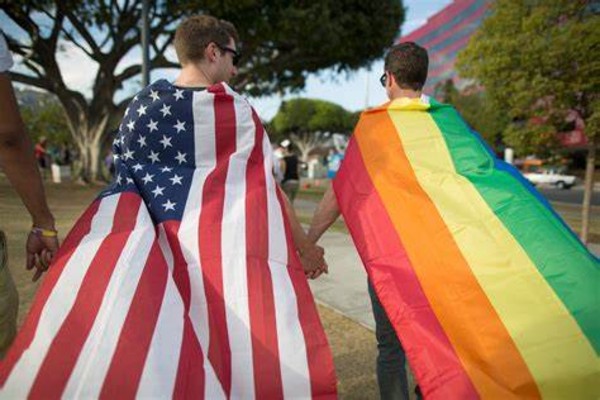 The Equality Act has been passed by the US House of Representatives, meaning it will now go to vote in the Senate. The act was first introduced in 2019 before being scrapped by the Trump Administration. If it becomes law, it will expand on the 1964 Civil Rights Act to ensure LGBTQ+ people are free from employment, housing and education discrimination across the nation.

It received universal support from Democrats, however a handful of Republicans, such as Marjorie Taylor Greene, have expressed concern that it will ‘limit religious freedom’. The bill needs 60 votes to pass the Senate of 100 seats, which are split equally between Democrats and Republicans. So far, no Senate Republicans have openly expressed intention to vote in favour of the Equality Act. However, if the bill is passed by the Senate, it will then go to president Joe Biden’s desk.

Although the future of the bill is uncertain, many LGBTQ+ activists and allies are celebrating its success in the House of Representatives. LGBTQ+ ally and congresswoman, Marie Newman, tweeted: “Today, love and progress triumphed over bullying and hate,” with many other Democrats sharing her sentiment. Biden urged the Senate to pass the bill, tweeting: “Transgender rights are human rights — and the House made that clear today by passing the Equality Act. Now it’s time for the Senate to do the same.”