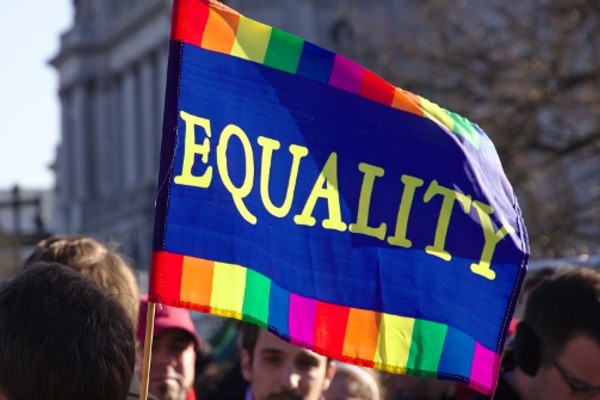 The US Equality Act has been formally introduced to the national House of Representatives by out gay congressman David Cicilline and senator Jeff Merkley. While the Equality Act was passed by the House of Representatives in 2019, it was never brought for a vote in the previously Republican controlled senate. The act would add pro-LGBTQ+ policies to the 1964 Civil Rights Act, including prohibiting housing, employment and education discrimination.

President Joe Biden vowed to pass the act within the first 100 days of his presidency, saying it will greatly improve rights for LGBTQ+ Americans. After introducing the bill, Cicilline tweeted: “In 2021, every American should be treated with dignity and respect. After so many years of waiting for full LGBTQ+ equality, the time has come.” Many LGBTQ+ activists and organisations have praised Biden’s decision to reintroduce the previously unsuccessful act, with Alphonso David, president of the Human Rights Campaign, saying: “Achieving LGBTQ+ equality is a unifying issue for our nation.”

He continued: “Today, the Equality Act was reintroduced in Congress with broad support from a majority of people in this country, hundreds of members of Congress and an unprecedented number of businesses who believe that every person should be treated equally under the law.” Legal equality advocacy group, Lambda Legal, also welcomed the developments, with CEO Kevin Jennings saying: “Lambda Legal applauds the reintroduction of the Equality Act, long past-due federal legislation which provides clear, comprehensive, and explicit protections for LGBTQ+ people in federal law. LGBTQ+ people across the country remain vulnerable to discrimination on a daily basis and too often have little recourse. Without comprehensive federal protections, the basic rights of LGBTQ+ people vary state to state.”

Jennings concluded: “We need the absolute clarity of the Equality Act, and we need it now.” The reintroduction of the Equality Act comes less than a month after Biden issued another nationwide order against LGBTQ+ discrimination. The executive order builds on the Supreme Court’s recent decision in the Bostock v. Clayton County case, which found LGBTQ+ people are protected from employment discrimination under Title VII of the Civil Rights Act of 1964. Biden has ensured the federal government will embrace this interpretation of the Civil Rights Act in future cases.