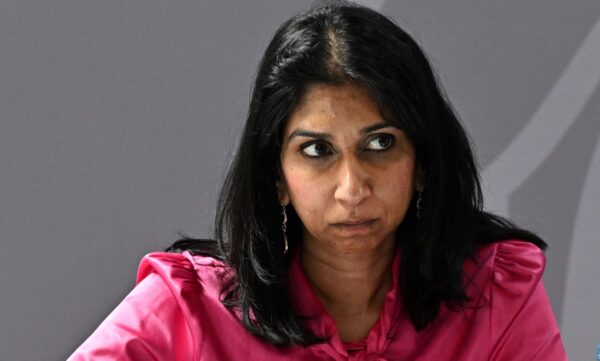 In a statement, 17-24-30’s Board of Trustees said: “This is the first time that the Home Office has not given their support for our campaign since it began in 2012, and following a year that has seen a 26% increase in overall reported hate crime in England and Wales we find this lack of support from the Home Office worrying.

“National Hate Crime Awareness Week is a joint effort between local authorities, police partnerships, third sector organisations, volunteers, and citizens. Events and campaigns are taking place this week in all four nations of the United Kingdom across 233 councils and 40 police services.

“We have received statements of support from MPs, MSPs, MSs, members of the House of Lords, local councillors, council leaders, mayors, London Assembly members and leaders of political parties, as well as leaders in academia, policing, charities, faith groups, businesses, and the arts.

“The campaign is well supported locally across the UK, and for the government of the UK to not meet this level of support is a response we find inadequate and out of step with public opinion. The UK is no place for hate, and it behoves the government to stand behind this message.

“17-24-30 has been committed to working with all administrations since our inception both locally and at a national level – we hope that in this spirit of co-operation the Prime Minister, the Home Secretary and the government will lend their support to this year’s National Hate Crime Awareness Week campaign, and we look forward to continued support from the government in years to come.”