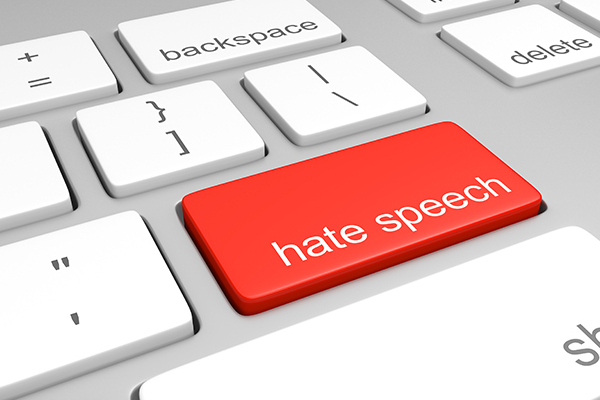 Exposed: The Scale of Transphobia Online

Using the largest dataset of its kind. They  uncovered 1.5 million transphobic comments amid the wider conversation around trans people.

This report does not make for light reading as it uncovers the shocking and inhumane ways in which transgender people are targeted, harassed, and abused on digital platforms.

The online posts  uncovered, some of which have been shared thousands of times, range in severity from transphobic attitudes through to genocide and violence.  Ditch the Label’s has categorised this using a Pyramid of Transphobia based on the Pyramid of Hate. This pyramid shows transphobic attitudes and behaviors in segments growing in severity from bottom to top. Modelled similarly to the Pyramid of Hate the Pyramid of Transphobia shows how behaviors categorized on the lower tier can support and lead to higher-level ones. When these attitudes and behaviors are challenged, escalation can be stopped.

Using the largest dataset of its kind, the report explores how left unchallenged, digital hate speech can and does evolve into acts of physical violence committed towards trans people.

One important finding is that constructive, pro-trans conversation far outweighs the negative.

Politics and race were the largest themes found within the transphobic comments, while other topics like gender and religion appear at a lower rate. The data didn’t show major differences between conversations from the US and the UK, although parenting and sports are twice as likely to be associated with transphobia in the UK.

Munroe Bergdorf Model and trans actavsit said “I was interested to see the relationship between transphobia and racism and do feel that racist people see transphobia as a tool to legitimize their racism. I’ve had transphobic comments on photos of me mixed in with nazi speech on a number of times. Transphobia is seen as a valid opinion. We never look at racism, sexism or homophobia and say it’s an opinion, so why is transphobia such a ‘free for all’?

Liam Hackett, Ditch The Label CEO  said “As a cisgender ally to the trans community, I have seen how dangerous online communities can be as echo chambers for self-radicalization. My hope is that this report will bring the problem to the forefront of public conversation, and encourage an urgent review of hate speech guidelines on social platforms and in law. If you are affected by any of the issues in this report, please know that you aren’t alone and support is available at DitchtheLabel.org”

Content and trigger warning: Please be aware that in places the data presented in this infographic is uncensored.  If you’re younger than 16 please seek parental advice before exploring this infographic. This analysis touches on topics including transphobia, racism, mentions of sexual assault, misogyny and misogynoir.

You can view the full online report here: