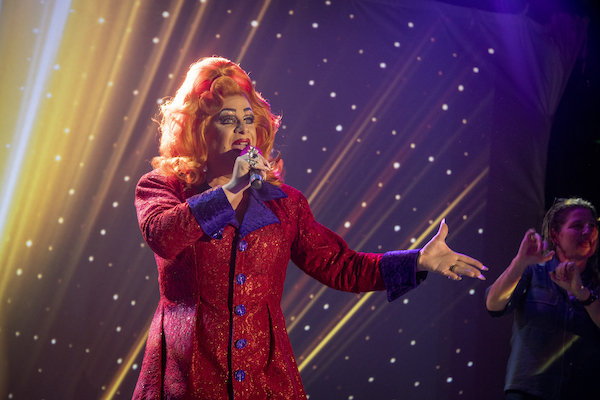 The evening was hosted by Lola Lasagne, back in Brighton from their new home in Manchester, especially to continue their tradition of fronting this event.

(All photographs by generous permission of Nick Ford Photography)

At the beginning of October this year, to mark the third anniversary of the death of James Ledward, who founded BRF back in 2010, the first of an Annual Online Raffle was held. The prize was a high quality framed print of a photograph taken by Nick Ford at a photoshoot with cast members of an Alternative Pantomime, all of whom signed the print.

The lucky winner was Kim Hobson, and two of those cast members presented her with the print, along with photographer Nick Ford.

Proceedings then moved onto the presentation of the grants that were approved at this year’s Annual Main Funding round.