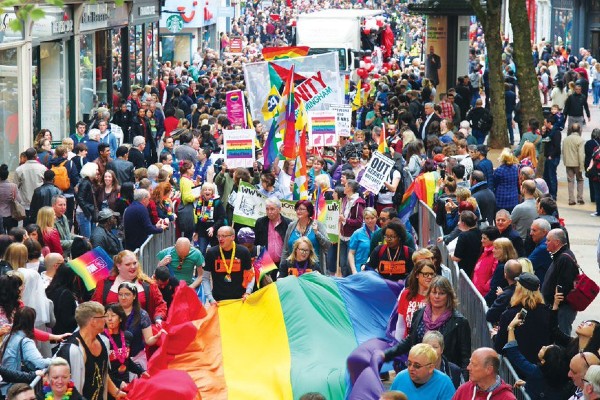 Two gay men were violently attacked in Birmingham’s Gay Village on June 18, with the incident only just being made public knowledge. Speaking to Birmingham Live, 53-year-old Lee Drayford explained that he was waiting for a taxi at around 3am with his boyfriend when they were targeted by three men who verbally abused the pair with homophobic slurs before physically attacking them.

During the attack, Drayford was stabbed in the leg and his boyfriend was left with wounds on his head and chest. Although neither required medical treatment, Drayford said that he felt “useless” and “suicidal” after the incident. He also criticised the response from the West Midlands Police, saying he wasn’t interviewed until three months after the attack. So far, police have not identified any suspects.

News of the attack comes shortly after Rob and Patrick, a married couple in their 30s, were attacked in Birmingham’s Gay Village on August 15. Three men were arrested on suspicion of having a connection with the attack, but have been released on bail. Police will be increasing their presence in the area to help prevent further incidents.