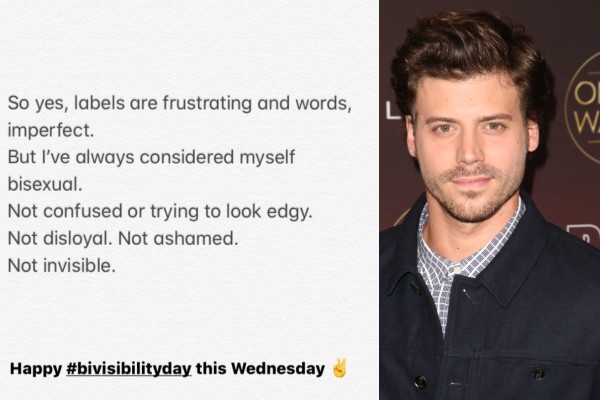 Actor Francois Arnaud, known for his roles in The Borgias and Schitt’s Creek, came out as bisexual in a series of Instagram posts. Arnaud discussed his sexuality publicly for the first time and debunked myths surrounding bisexuality, saying bi+ people are ‘not confused and not disloyal’. He also pointed out the struggles of bisexual men, saying they are often rendered invisible as ‘masculinity is a fragile currency’, and that its ‘scary to give up your privilege’. He wished his follows a happy bisexual awareness week.

Bi Week, which celebrates the bisexual, pansexual, queer and fluid community, was founded by GLAAD, the Bisexual Resource Centre and Still Bisexual. GLAAD said that Bi Week aims to highlight the experiences of bisexual+ people ‘while also celebrating the resiliency’ of the community. The hashtag #BiVisibilityDay was trending on Twitter on September 23, with celebrities such as Halsey and mxmtoon sharing their experience of identifying as bisexual.

A handful of openly bisexual+ famous figures collaborated with GLAAD in 2017 to produce a video in support of bi+ youth, which can be seen here: