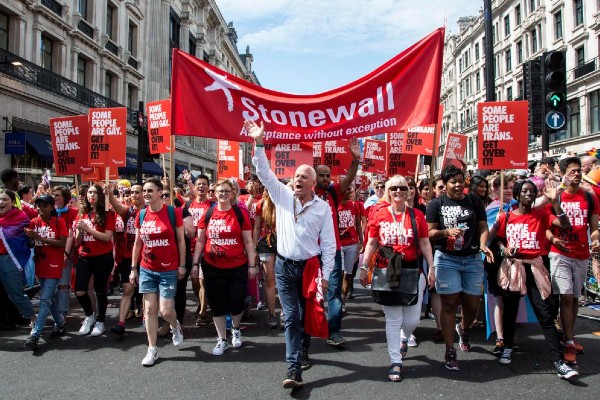 After weeks of speculation, the BBC has officially withdrawn from Stonewall’s Diversity Champions programme – a scheme designed to encourage LGBTQ+ inclusion within the workplace. Confirming the decision to cut ties with Stonewall, BBC director Tim Davie sent an email to staff, explaining that the broadcaster is attempting to “minimise the risk of perceived bias”.

However, he insisted that the BBC is still committed to being “an industry-leading employer on LGBTQ+ inclusion”. Davie also announced that the broadcaster will now be working with INvolve UK to further LGBTQ+ equality in the workplace. Stonewall responded to the BBC’s decision in a statement that wrote: “This news comes in the wake of organised attacks on workplace inclusion that extend far beyond the Diversity Champions programme. It is shocking that organisations are being pressured into rolling back support for LGBTQ+ employees.”

However, it confirmed that it will still be engaging with the BBC “on a number of fronts to champion support for LGBTQ+ colleagues and to represent our communities through their reporting.” Since the BBC’s announcement, #IStandWithStonewall has been circulating on social media, with LGBTQ+ activists and advocacy groups sharing messages of support for the organisation. Stonewall also thanked those who have given donations following the news.