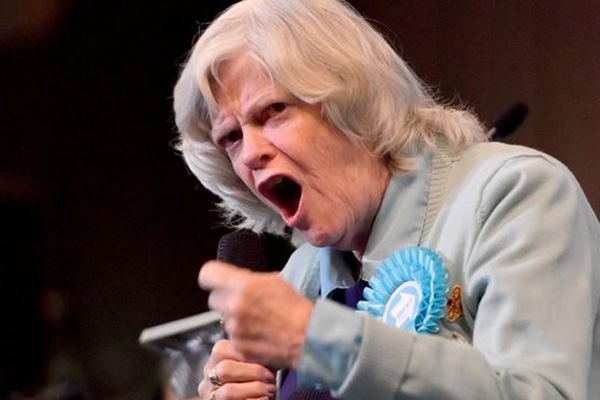 Former politician Ann Widdecombe has faced backlash after telling The Sunday Times that the inclusion of the first same-sex couple on BBC show Strictly Come Dancing isn’t family friendly television. Openly queer Olympic boxer Nicola Adams – who is in a relationship with blogger Ella Baig – is the first celebrity on the show to have been partnered with a professional dancer of the same gender, to which Widdecombe responded: “I don’t think it is what viewers of Strictly, especially families, are looking for.”

Adams said she expected to experience prejudice for dancing Katya Jones but insists she is not bothered by it: “There will always be some resisters. But once they know you’re here to stay, they get used to it. So someone’s going to comment on Twitter? It’s nothing, it won’t faze me at all. It’s like – try harder. If they don’t like it, they’re going to have to deal with it or switch to another channel.” She also said previously she would not have joined the show if she had been made to dance with a man.

Many have criticised Widdecombe, with TV broadcaster Scott Bryan pointing out how her comment feeds into the ‘homophobic trope’ of LGBTQ+ people disrupting normative families. Dozens agreed with Bryan, with one Twitter user saying Widdecombe’s comments were ‘offensive and outdated’. Another said: “I’d far rather my kids see two women happily dancing together than have them hear Ann Widdicombe’s views on almost anything.”