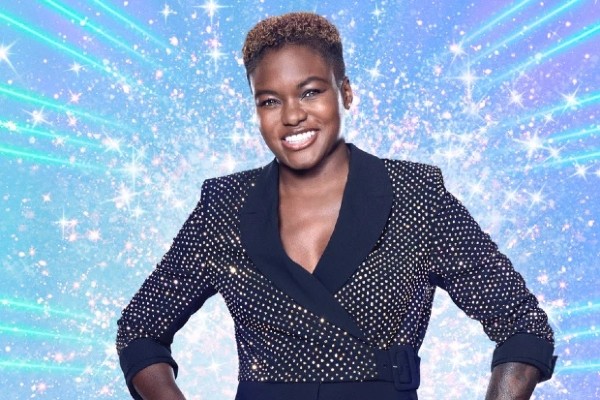 Olympic champion Nicola Adams makes her debut as a contestant on Strictly Come Dancing this Saturday and will be making history as a contestant in a same-sex paring for the first time in the  show’s 16 year run. The announcement has attracted more than 100 complaints to the BBC. Nicola, a double gold winner for boxing, told the Radio Times ‘I’m expecting the same sort of thing I got with women’s boxing in the beginning. There will always be some resisters. But once they know you’re here to stay, they get used to it. So someone’s going to comment on Twitter? It’s nothing, it won’t faze me at all. It’s like – try harder. If they don’t like it, they’re going to have to deal with it or switch to another channel.’

Nicola, 37, has retired from boxing having won every title available to her including WBO female flyweight in 2019. She won gold at the London 2012 Olympics and made history as the first boxer in the Olympics to retain a title, winning gold at Rio 2016 .She was awarded an OBE for her incredible achievements in 2016 having been made an MBE in 2013. Referring to her tenacity she said ‘I’ve been through so much in life. I’ve been through my mum and dad separating, domestic violence, back injuries, having to look after my brother when I was 13 when my mum had meningitis.”

Nicola, who is bisexual and in a relationship with the blogger Ella Baig, said she would have refused to join Strictly if the producers had insisted she danced with a man. ‘I wish I could say it’s because I wanted to be a role model But it didn’t even cross my mind at the start. I think it’s cool for kids to see someone who represents them, but for me it just felt more comfortable. Really excited, I just can’t wait to get going,”

Strictly Come Dancing starts on Saturday 17th October on BBC One and iplayer.