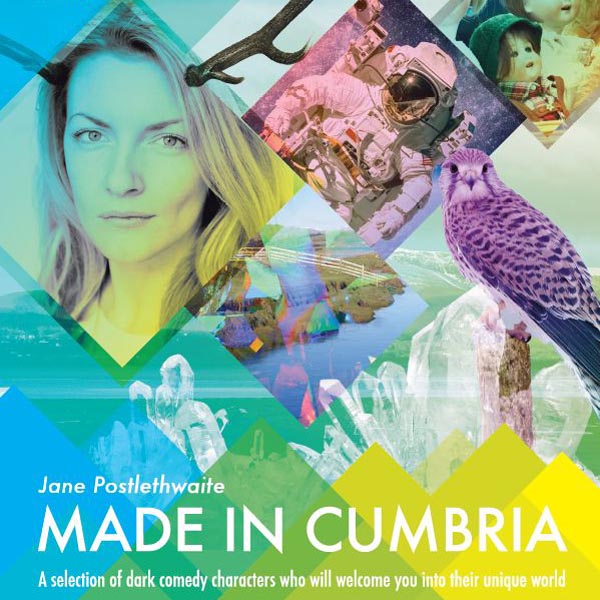 Jane Postlethwaite brings her first ever solo show, Made in Cumbria to the Brighton Fringe where she will introduce you to a selection of dark female characters who will welcome you into their unique world.

MADE in Cumbria is part of the Laughing Horse Free Fringe for the Brighton Fringe 2015.

Jane Postlethwaite is an actor, comedian and writer based in Brighton. Originally from the Lake District, she thinks of herself as an advocate for the North.

Inspired by her roots in The Lakes, she has created a collection of female comedy characters for a fringe show in 2015. Part of her motivation for writing her own characters comes from being fed up with watching southern comedians using a northern accent for a cheap laugh and representing northerners as thick and stupid. She aims to create more original, complex and dark characters.

The characters for Made in Cumbria include Kirsty Bird a falconry expert, Karroll Kavannagh a survival expert who is serious about survival, the first northern female astronaut, a children’s author who is determined to be the next Beatrix Potter, and Bri Frommage a creative director and online life coach.

Event: Made in Cumbria by Jane Postlethwaite

Where: Laughing Horse at The Quadrant, 12 North Street, Brighton