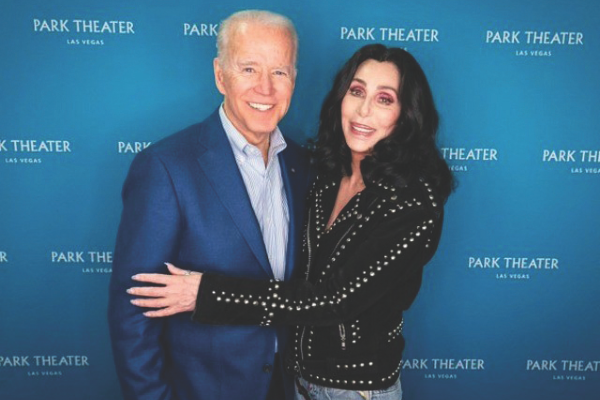 “So ask yourself: Do you believe in life after Trump?” That was the question at a virtual LGBTQ+ fundraising event for the Democrats, reworking the lyrics to Cher`s hit song Believe. The event, in support of Joe Biden and Kamala Harris` campaign for the forthcoming US election, raised close to $2 million according to reports by the Washington Blade. Pete Buttigieg, former mayor of of South Bend, Indiana and onetime contender for the Democrats Presidential nomination, introduced the legendary singer, actress and activist by saying “I am the only thing between hundreds of prominent LGBTQ+ activists and Cher.” Buttigieg has secured his place in political history as the first openly gay big-party candidate to secure delegates and debate on the national stage. He went on to say that Cher had inspired “millions with her music and her advocacy.”

Cher told the fundraiser that she had known of Biden for almost 14 years having “invited” herself to his office. “He thinks he invited me, but I really invited myself. I saw a speech Joe had given and it was love at first speech.,” the Oscar winning icon said. “So I went to his office to grill him and I asked early pointed questions, and unlike most politicians, Joe actually listened to me.He was honest and smart. Joe is smart enough, he`s kind enough, he`s strong enough.“ Taking a swipe at Donald Trump, Cher added, “I also know that the person in the White House is an idiot. I mean it, the guy is an idiot.”

The celebrated performer, whose adult children include trans actor Chaz Bono, referred to Trump`s anti- trans policies including the ban on trans people serving in the military. “After all this, Trunp has the audacity to say he supports Americans he calls, quote, the gays. I’m surprised he doesn’t call them his gay generals.”

Biden confirmed at the event he will prioritise signing the Equality Act into law within 100 days as president. Were it to be passed, the Act would amend the Civil Rights Act to prohibit discrimination on the basis of sexual orientation and gender identity in employment, housing, public accommodations, public education, federal finding, credit and the jury system. “I`ll make signing the Equality Act one of the top priorities of my first 100 days” he said. We will “build a nation where everybody, everybody is finally not only created equal but treated equal as well.” He also praised Buttigieg, highlighting his “physical courage as a naval officer and moral courage as a leader.“

The US election is scheduled for Tuesday 3rd November.