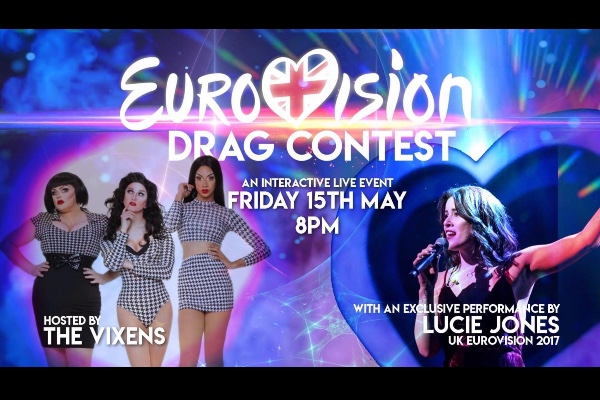 Eurovision 2020 may have been cancelled but drag and cabaret stars from across the UK and Europe will dust off their sequins on Friday, May 15 to bring the camp essence of the competition direct to homes across the world and raise vital funds for Albert Kennedy Trust, which supports LGBTQ+ young people aged 16-25 in the UK who are facing or experiencing homelessness or living in a hostile environment.

In keeping with Eurovision tradition there will be voting by both the public and a specially cultivated jury. Judges include past UK Eurovision entrants Jade Ewen (It’s My Time, 2009), Daz Sampson (Teenage Life, 2006) and Michael Rice (Bigger Than Us, 2019). Meanwhile vocal coach Carrie Grant will be serving up throwback vibes to her performance with the group Sweet Dreams as the UK’s entry in 1983.

As an extra special treat to Eurovision fans, the 2017 UK entry, Lucie Jones, will be performing her heart-wrenching ballad Never Give Up On You during the interval. Lucie is renowned for her incredible vocal talent, through both The X Factor and her lead roles on the West End, most recently in the musical Waitress.

How it works and how to join in:

The entire event serves as a fundraiser for the Albert Kennedy Trust, a charity which supports LGBTQ+ young people aged 16-25 in the UK who are facing or experiencing homelessness or living in a hostile environment. The charity’s work is even more vital during the current pandemic and they have set up an emergency appeal to enable them to help as many LGBTQ+ young people as possible.