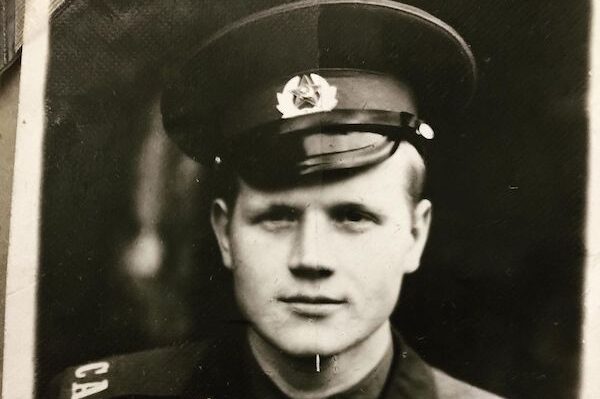 The creative team behind FIREBIRD, 2022’s hit indie LGBTQ+ romance drama, has announced a Kickstarter campaign to release the never-before-seen English language translation of Firebird: The Story of Roman, the memoir by Sergey Fetisov that inspired the film.

Sergey Fetisov’s memoir of his experience as a conscript on a Soviet Airforce base during late 1970s Communist rule tells a tale of queer romance, the terror of authoritarian rule, and the constant threat that LGBTQ+ citizens lived under at the time.

Originally written by Fetisov under a pseudonym, and published in Russian, the memoir inspired the Indie film hit, FIREBIRD, which currently in distribution globally but banned in Russia.

The film’s director/co-writer, Peeter Rebane, and lead/co-writer, Tom Prior, have launched the Kickstarter campaign to fund the editing, publishing and marketing of an English language translation of the book worldwide.

“Six years ago, we made a promise to Sergey Fetisov that we would do everything in our power to share his story and his book, THE STORY OF ROMAN.” states Rebane. “Since then, we created FIREBIRD the feature film, inspired by the memoir, and have had the opportunity to share his love with millions of people.

“Now, we are fulfilling the second half of our promise and working to publish Sergey’s memoir to cement his legacy in his own words. So, we are launching a Kickstarter campaign to fund the publication, marketing, and distribution of his book in English around the world.”

Rebane was first approached at the Berlin Film Festival in 2011, with Sergey Fetisov’s original memoir A Tale about Roman and was so moved by the story he decided to turn it into his first feature film which has played in festivals and cinemas globally, now available worldwide on most VOD platforms. “I read the story of Roman alone over the weekend at home, cried and decided I needed to turn this into a film. What appeals to me the most about this book is the simple, human love story,” Rebane states.

The power of the film has found strong support from celebrity activists like broadcaster and writer, Stephen Fry who said: “This sweeping yet intimate story, so rich and romantic, needs now more than ever to be widely known. It has been made into a beautiful film and stands as a powerful testament to love, courage and honour.”

Tom Prior adds: “The story was so important for me when I first came across it because there was something so electric in the connection between Sergey and Roman. And, I was astounded by how determined people act out of love, and Sergey did not allow anything stop him overcome the most extraordinary circumstances to follow his heart into real danger.”

Rebane continues: “It was humbling to meet the real Sergey and to see that through all his suffering and pain he had retained his compassion and love for other people. We believe it is important to help uplift LGBTQ+ voices and stories to ensure they are heard around the world.

“Sharing first-hand accounts like Sergey’s is one of the most powerful ways to support our community and incite positive change. In a society that seems to be set on pushing back against LGBTQ+ individuals with anti-queer policies, this change and empowerment has become more vital than ever.

FIREBIRD the film is currently available to view on demand on most platforms including Amazon Prime, Apple TV, Google Play, and is also available on PeccadilloPOD and BFI Player.