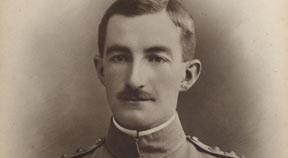 A commemorative stone and plaque was unveiled today, September 3 at the Brighton War Memorial to honour the memory of Captain Theodore Wright who was awarded the Victoria Cross in World War One. Relatives of Captain Wright were among those attending the ceremony and laid flowers in his memory. Others taking part included the Mayor of […]