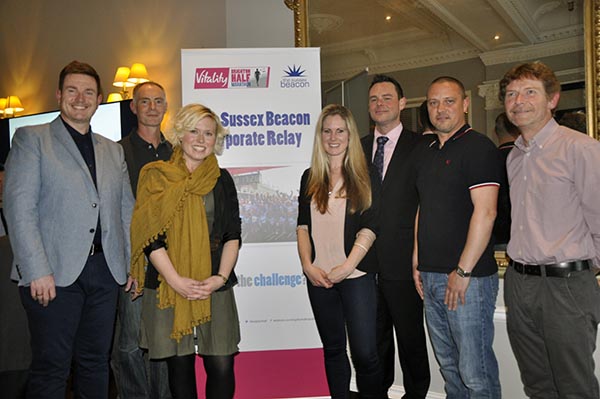 The Brighton half marathon will be run on the morning of Sunday, February 28 in 2016. The date was revealed at a reception last night (Wednesday, April 29) compered by David Hill from E3 Entertainment, hosted and sponsored by the Grand Hotel on Brighton Seafront. 2016 will see the 26th running of the half marathon, the first major road race of the year, which is very poplar with beginner runners and used by serious runners as warm up training for the much bigger Spring marathons held in cities all over the world. Vitality UK returns as the headline partner for the race in 2016 and charity partners to benefit from the event are Sussex Beacon, Laureus, Scope, Chestnut Tree House, Water Aid and Rise.