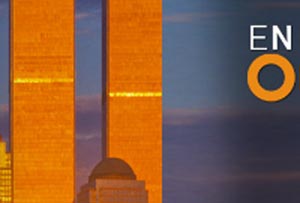 Between Worlds is a spiritual, poetic and ultimately uplifting drama, based on the events of 9/11 but focussing particularly on the relationships and emotions of the people affected. This new opera addresses one of the most significant events of the twenty-first century, bringing the universal operatic themes of tragedy, loss, courage, grief and healing into a contemporary context. It is the second ENO production to be co-commissioned by the Barbican, following Sunken Garden which played in the Theatre in 2013.