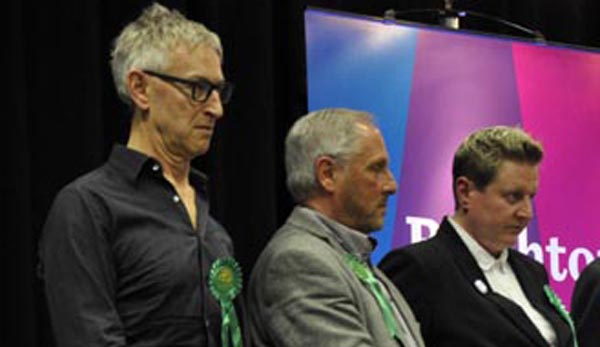 A clean sweep of Labour councillors in troubled Queens Park Ward pushed Labour, three seats ahead of the Conservatives to make them the largest party on the city council at the local election count yesterday, (May 9). In a spectacular reversal of the 2011 results when Greens took control of the city with 23 seats (Conservative 18 seats and Labour 13 seats), Labour leapfrogged from third place to become the largest party with 23 seats, the Conservatives taking 23 seats and the Greens coming in a poor third place with 11 seats.