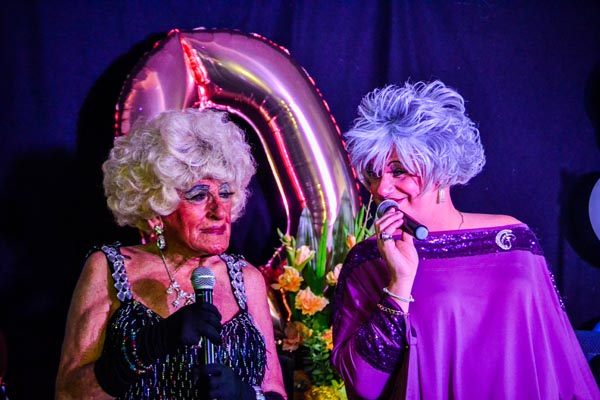 Friends and fellow entertainers gathered in Legends on Sunday, April 28 to celebrate the 50 Year Golden Jubilee of Maisie Trollette aka David Raven performing in cabaret. 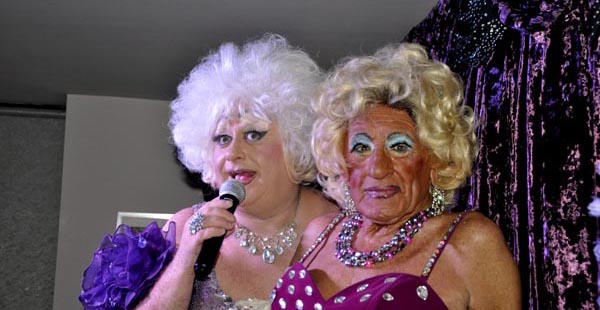 Maisie Trollette aka David Raven celebrated his 82nd birthday this evening with friends, fans and colleagues at the Queens Arms in George Street. David was joined on stage by Davina Sparkle and singer Peter Sanford who kept a pact Queens Arms entertained till late into the night. David was voted a Pride ambassador this year, he appeared with the other three Pride Ambassadors at the front of the Pride Parade and then played to a full house with Miss Jason in the Legends Cabaret Tent at Preston Park.