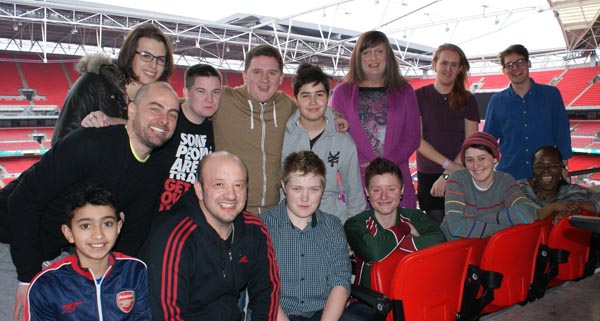 On Saturday February 7, the FA opened its doors to a group of 14 transgender footie fans.
Ages present at the workshop ranged between 10 – 59 and the group came together to think about the best ways to include trans people who participate in football – as players, coaches, match officials or as fans on the terraces in the national game. The group also heard from some trans* people who have stopped participating in football as well as from those who want to get involved but have reservations.