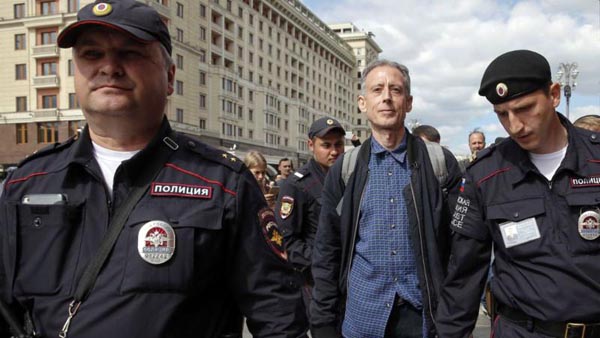 Human rights and LGBT+ campaigner Peter Tatchell has been released following his arrest during a peaceful protest close to the Kremlin in Moscow. Mr Tatchell received consular assistance during his detention spending one hour and 40 minutes in police custody, from the moment he was detained near the Kremlin to the moment of his release from the police station. 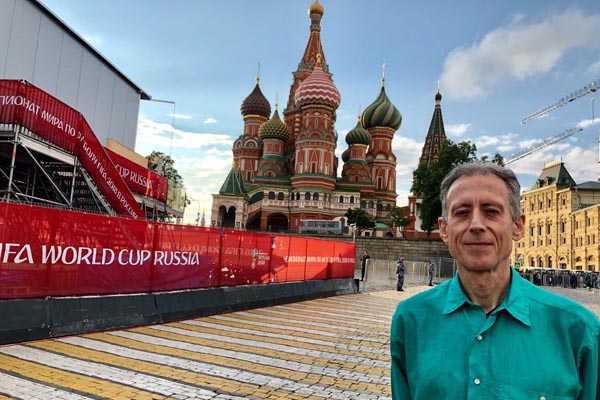 Peter Tatchell stands in solidarity with LGBTs and human rights defenders in Russia. LGBT+ and Human Rights campaigner Peter Tatchell is in Moscow to protest at the start of the 2018 FIFA World Cup.