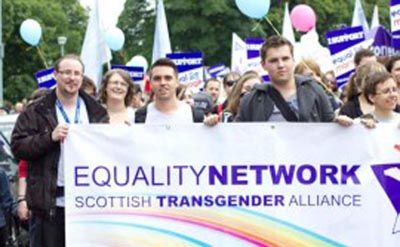 A new campaign has been launched in Edinburgh calling for legal equality for transgender and intersex people in Scotland. The Equal Recognition campaign was launched by the Scottish Transgender Alliance and the Equality Network, the Scottish LGBTI equality charity, and includes a call for the Scottish Government to change the law to recognise a third gender in Scotland.