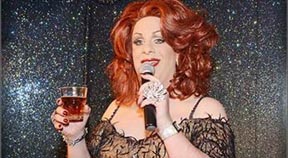 The wicked Queen of the drag circuit, Lola Lasagne has been confirmed as the next willing ‘roastee’ at London’s only comedy Drag Roast, organised by QX magazine and the Royal Vauxhall Tavern (RVT) to raise funds for Terrence Higgins Trust (THT). The Drag Roast will take place at the RVT on Thursday, September 25. At […]