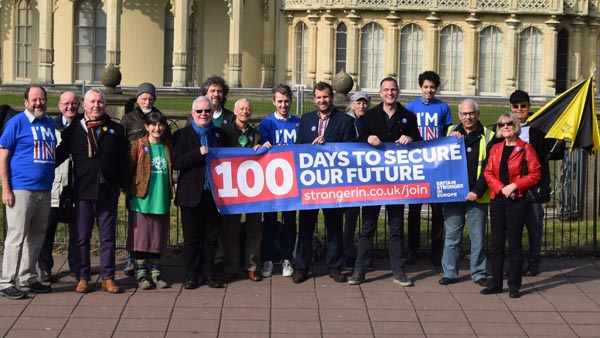 Brighton and Hove Liberal Democrats marked the 100 days point until residents in Brighton and Hove will join voters from across the country in deciding whether to remain or leave the European Union.

As the Pride season starts, local Liberal Democrats celebrate 40 years of supporting gay rights and Brighton Pride. The Liberal Democrats have supported Brighton Pride since its inception. This year represents the 40th Anniversary of our party (in the form of the Liberal Party in those days), being the first British political party to adopt gay rights as part of its manifesto.