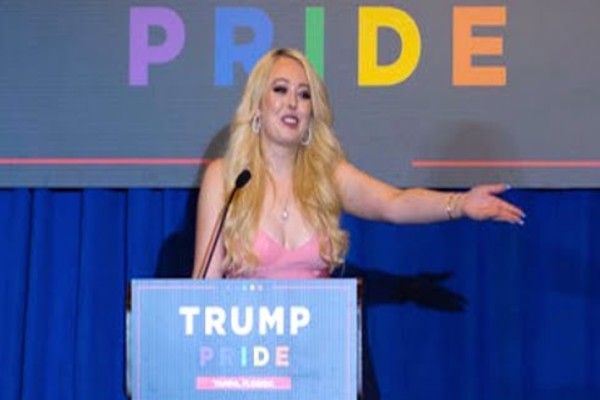 Tiffany Trump, the current president`s daughter, appeared at a rally in Florida in a desperate attempt to court LGBTQ+ voters in the key battleground state.“ I know what my father believes in” Tiffany, 27, told the small turnout.  ”Prior to politics he supported gays, lesbians, the LGBQIA community.” Blaming traditional and social media for “fabricated lies” over any perception that the Trump administration was not supportive of the LGBTQ+ community, Tiffany continued “It saddens me. have friends of mine who reach out and they say how could you support your father, we know your best friends are gay.”

GLAAD`s Trump Accountability Project has totalled 181 attacks on the LGBTQ+ community by the administration since Trump took office in 2017.

Florida is a key battleground state in US elections as it casts 29 electoral college votes that help to ultimately decide who will be president. Previously a Trump Pride rally in Pennsylvania featured Lara Trump who baffled onlookers by saying “dead cats” would vote for Joe Biden, the Democratic candidate to be the 59th President. Lara Trump is related to the current president by marriage to his son, Eric. Eric has also caused a backlash in the attempt to court the LGBTQ+ vote.

It has been noted that the Trump Pride events are very low key. “Look at this closeted event, in which neither ‘gay’ nor ‘LGBTQ’ is mentioned, Trump himself is not involved, and the whole thing is in code: ‘Pride’ in rainbow letters,” Michelangelo Signorile, a SiruisXM radio host who is gay, wrote on Twitter. “They’ve not announced this anywhere, lest the religious right find out.”

The US election is scheduled for Tuesday 3rd November. US media networks will have indicative exit polls at approx 7am UK time on Wednesday 4th November.