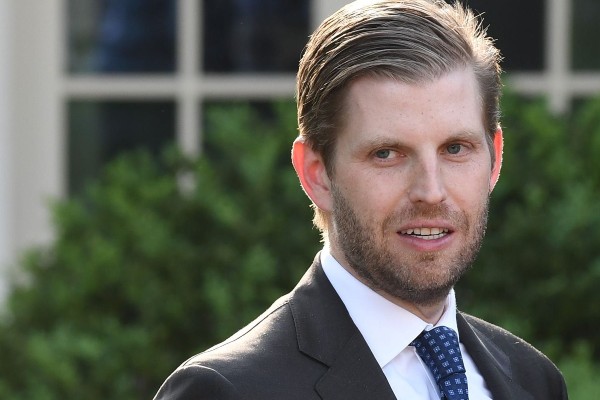 Donald Trump’s son Eric, 36, caused confusion and sparked a backlash after implying he was part of the LGBTQ+ community during a Fox & Friends appearance and saying the Trump administration was LGBTQ+ friendly. When asked about LGBTQ+ Trump supporters, Eric said: “I see it every day, the LGBTQ+ community, they are incredible and you should see how they’ve come out in full force for my father every single day.”

He continued: “’I’m part of that community and we love the man; thank you for protecting our neighbourhoods and thank you for protecting our cities”. Many questioned whether Eric had just come out as queer, but he was quick to explain his comment, telling the New York Post he was paraphrasing what LGBTQ+ Trump supporters have said to him about his father. A family friend also confirmed that Eric ‘misspoke’.

Some have praised Eric’s statement, with right wing campaigner Brandon Straka tweeting: “It’s not easy being an LGBTQ+ conservative, but it helps a lot to have strong allies like Eric Trump.” However, representatives of GLAAD and the Human Rights Campaign have disagreed strongly with Eric’s comments, telling TMZ News they believe many LGBTQ+ people are not Trump supporters, nor do they consider him and his family members genuine allies. Many Twitter users have mocked Eric, saying he came out “without realising it”.

Trump has made several attacks on the LGBTQ+ community during his presidency, such as his controversial decision to stop transgender soldiers from serving in the forces, and his recent amendments to the US Equality Policy which exclude the trans and gender non-conforming community.